This low unit boutique set of apartments at the north end of the Sindhorn Village Complex uses a mixture of architectural precast and GFRC panels to create the articulated clad facade.

The segregation of the facade by cladding finish was achieved by finding texture paint finishes to closely match grey granite and beige limestone.

A visual mock-up process selecting paints from several major texture paint suppliers was done on site in front of the building itself over a period of several weeks.

In order to better mimic the natural slight variation in most beige limestones several very slight shade and texture variations were created and selectively applied to panels and sub-divisions creat- ed with groove lines and actual joints in the GFRC cladding.

A number of small skylights and canopies are placed around the building.

The precision detailing and controlled, carefully matched material palette together give a very sophisticated and understated fa- cade appearance. 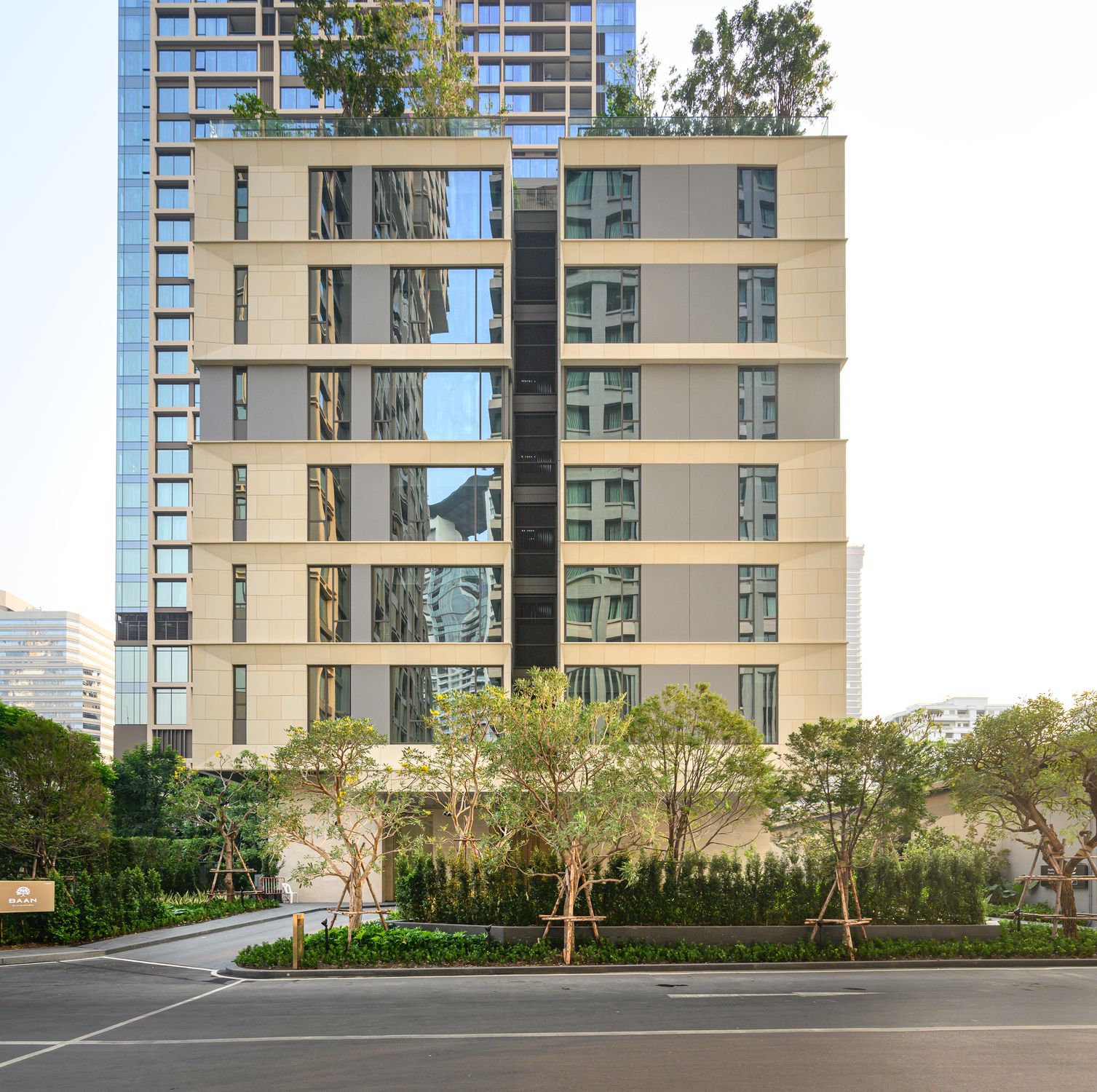 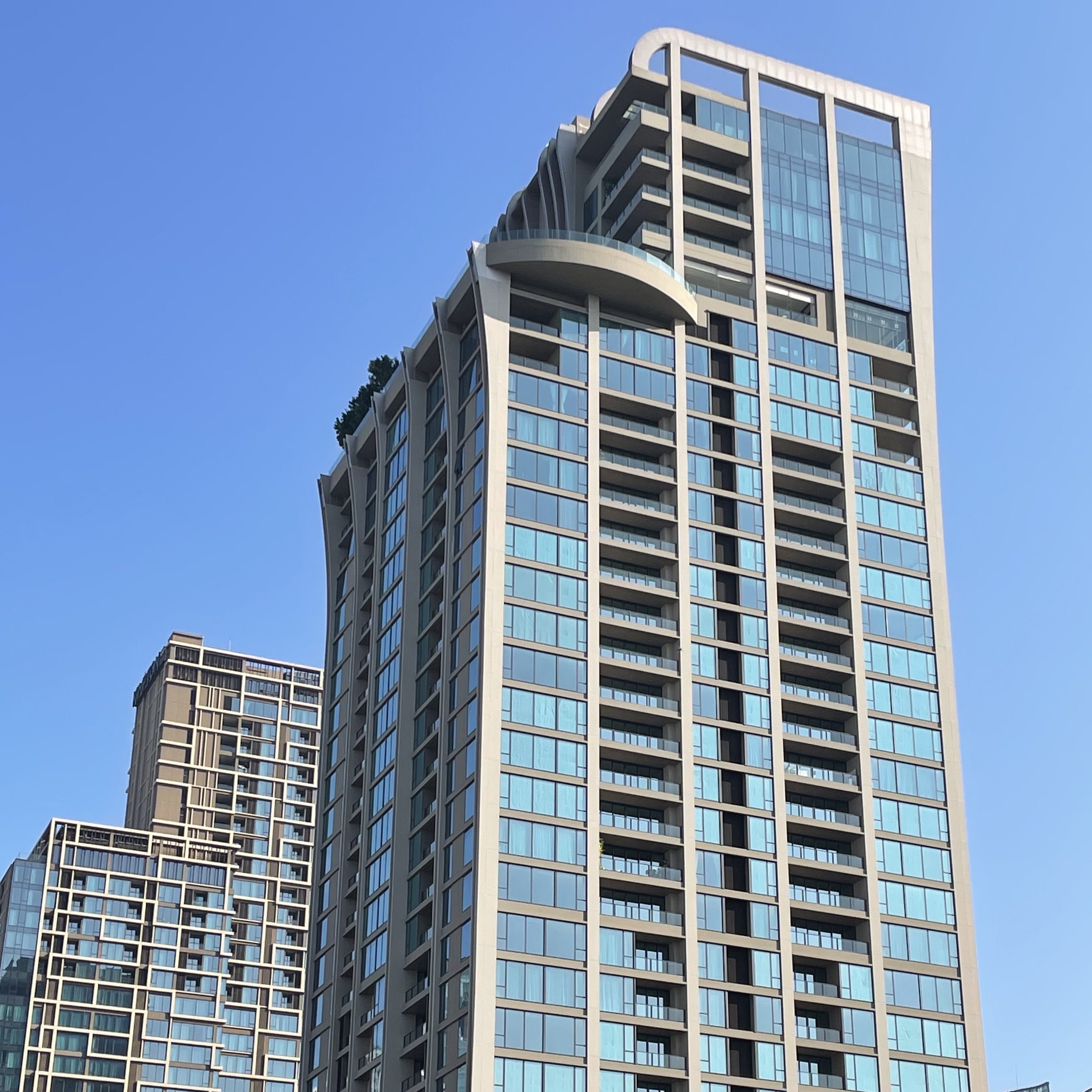 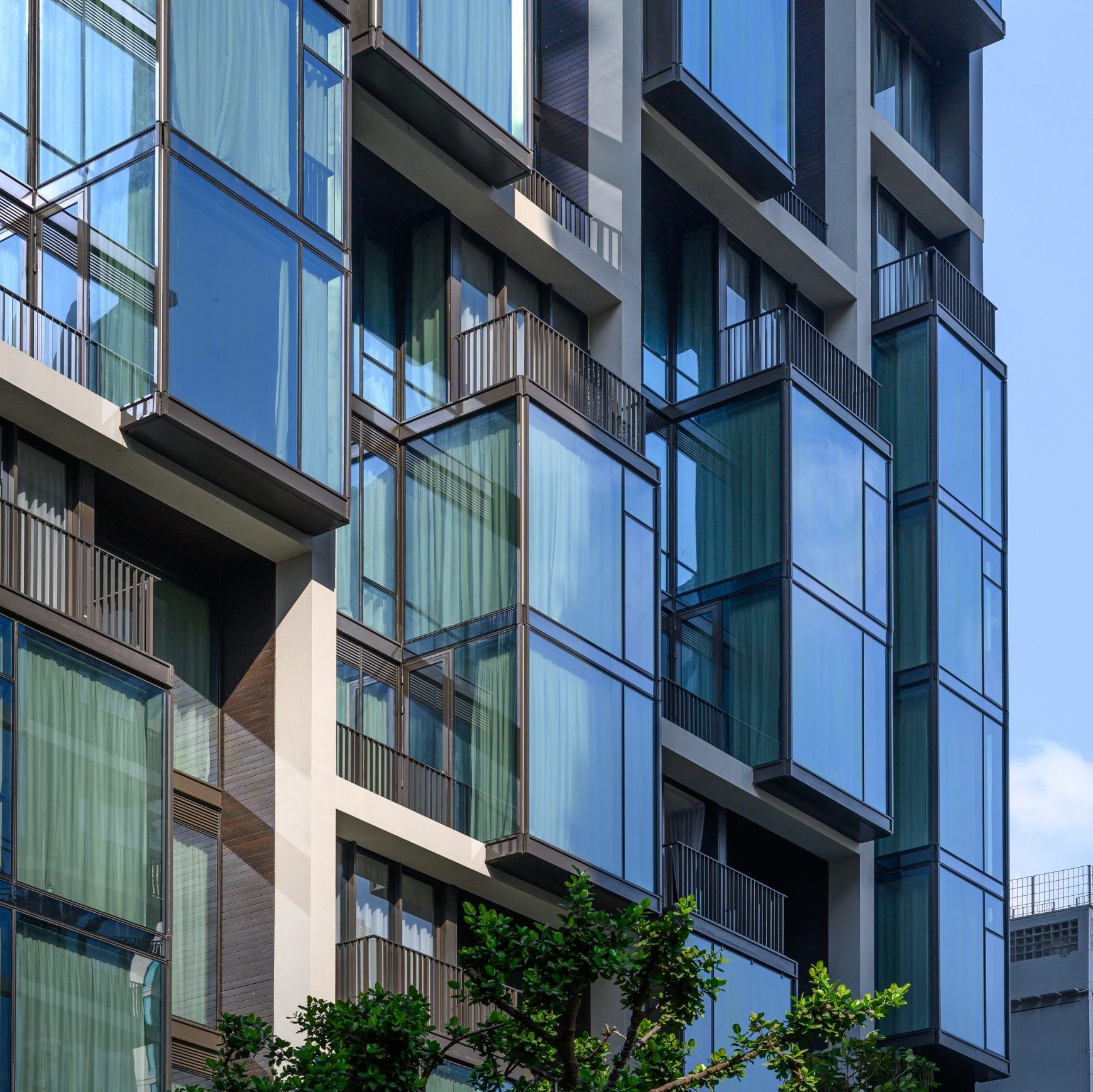 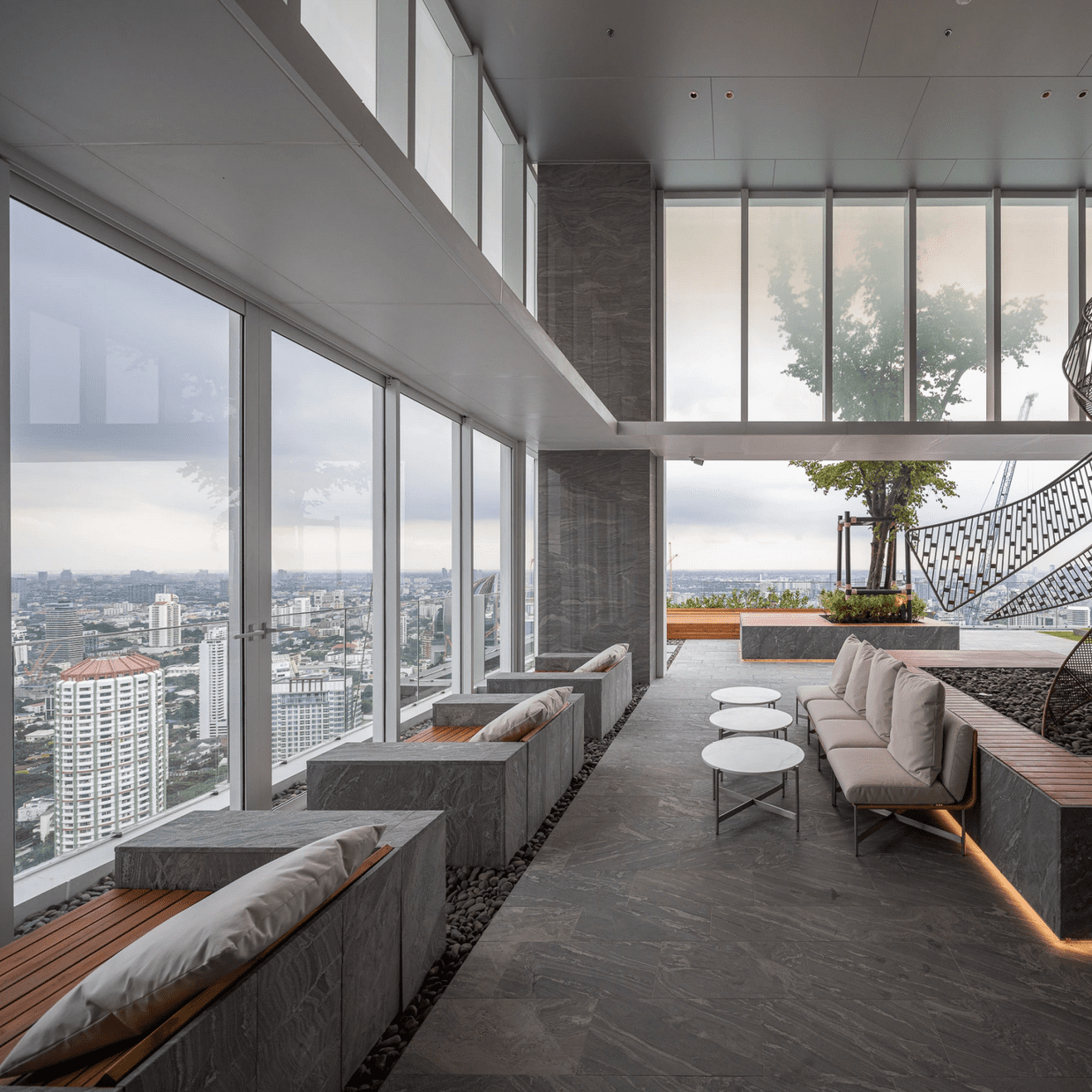 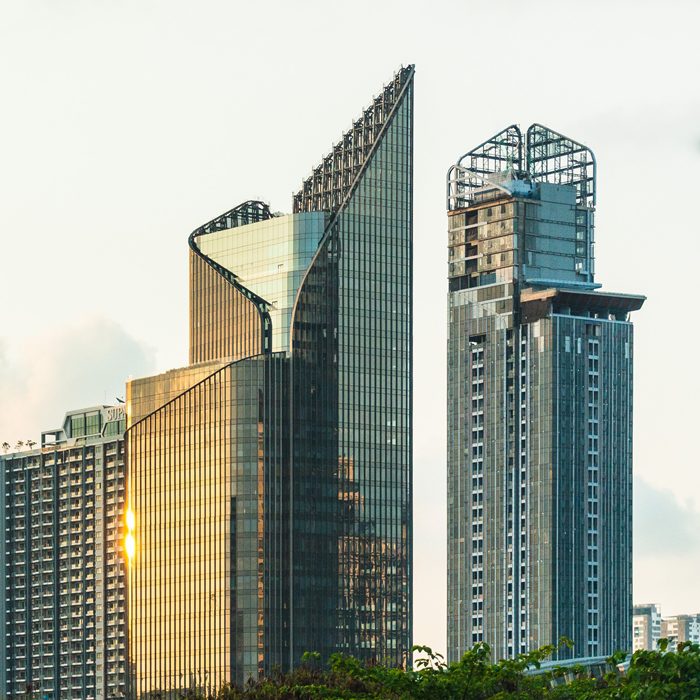 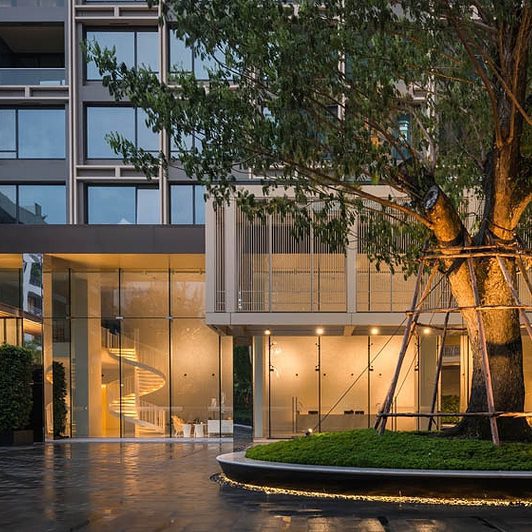